In Pursuit of Excellence: ASEAN Launches Project on Standardisation and Certification for Experts in Disaster Management

The ASEAN Standards and Certification for Experts in Disaster Management (ASCEND) Project was developed from the challenge faced by National Disaster Management Organisations (NDMOs) of ASEAN Member States and the AHA Centre when responding on the ground to a large-scale disaster. In these circumstances, humanitarian actors engage from many different organisations, institutions, private companies, as well as individuals, to provide various kinds of support to those affected. While these stakeholders often hold the capacity to respond, there remained a challenge in identifying and validating their specific skills for coordination purposes.

On the 22nd September 2020, the ASCEND Project was officially launched through a joint launching ceremony, opened by the Secretary-General of ASEAN H.E. Dato Lim Jock Hoi, Ambassador of the Republic of Korea to ASEAN H.E. Lim Sungnam, and the AHA Centre’s Executive Director, Ms Adelina Kamal. Many ASEAN disaster management community stakeholders attended the ASCEND launching event, as well as representatives from AHA Centre donors and partners.

The ASCEND programme was developed to validate, and thus provide recognition, to specific skills and competencies held by individuals working in the disaster management sector. This certification will help the AHA Centre and ASEAN Member States to determine the skills and expertise available for both deploying or receiving support teams at times of disaster. Alongside this, competency standards can also serve as a credible reference to guide disaster management institutions and organisations when they are developing their own specific training programmes. For individuals, this certification will support their continuous learning and career progression within the disaster management sector.

From 2016-2019, led by the National Disaster Management Agency of Indonesia (BNPB) through its Competency Certification Office (LSP-PB), the first phase of the ASCEND Project developed a foundation for future efforts through the endorsement of the ASCEND Framework by the ASEAN Committee on Disaster Management. As well as the ASCEND Framework’s endorsement, the standard competencies for the first five disaster management professions were identified and provided. These professions are: Rapid Assessment; Humanitarian Logistics; Shelter Management; Emergency Operations Centre, and; Water, Sanitation and Hygiene.

After the completion of ASCEND phase one in early 2020, the AHA Centre received confirmation of generous support from the Republic of Korea through the ASEAN-Korea Cooperation Fund (AKCF). This support will allow for the ASCEND development to continue for the next three years. In implementing the ASCEND project, the AHA Centre will also collaborate with the Korean National Fire Agency (KNFA), where both parties will benefit through the exchange of knowledge and expertise, and activities including conducting a joint event.

This forms an exciting journey for the AHA Centre and the ASEAN Member States to ensure this initiative further contributes to the realisation of ASEAN’s goal to become a global leader in disaster management by 2025, as articulated in the ASEAN Vision 2025 on Disaster Management. The AHA Centre, through the ASCEND Project, looks forward to working closely with the Republic of Korea, NDMOs, the ASEAN community, and AHA Centre partners, in enhancing regional resilience with more competent disaster management experts available in the region. 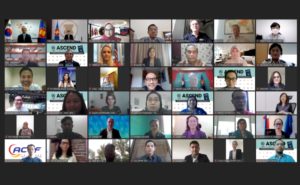 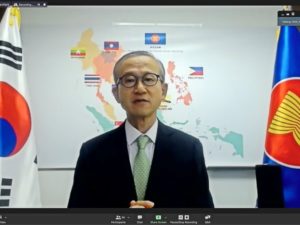 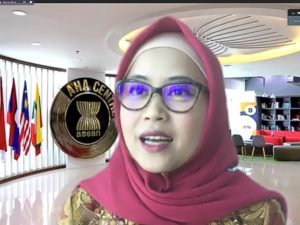