After conducting the first ASCEND Toolbox Consultation Workshop with AHA Centre Partner Organisations on August 2021, the second Toolbox Consultation Workshop was held with the ARG representatives from the ASEAN Member States on 26-27 October 2021. The workshop was attended by the ARG representatives from 9 (nine) ASEAN Member States. The workshop was opened by a welcoming remark from Mr Berton Pandjaitan from the National Disaster Management Authority (BNPB) as the Indonesian Co-Chair of ASCEND Project Steering Committee. It was followed by remarks from the Director of the ASEAN-ROK Programme Management Team (AKPMT), Mr Jaehwan Kwon, and the AHA Centre representative, Mr Dipo Summa.

As said by Mr Berton Pandjaitan regarding the challenges of disaster response in the ASEAN region, “various responders from different countries, institutions, organisations, and companies seek to contribute to the overall response. Their goodwill was always appreciated, but we found it challenging to determine what knowledge and skills responders have and how they can effectively contribute to national and regional efforts.” Thus, the ASCEND Project idea was conceived to address the challenges by creating a regionally recognised certification programme for professionals in disaster management. Representing the Republic of Korea, Mr Jaehwan Kwon reiterated ROK support to the idea because Korea believes that through ASCEND, the ASEAN community could expand beyond its borders.

Before achieving the ASCEND objective, a range of institutional and technical preparations need to be developed beforehand. One of which is the ASCEND Toolbox documents that will serve as the primary regional reference for operationalising the ASCEND programme. The Toolbox includes (1) Standard Operating Procedure; (2) Certification Schemes; (3) Assessor’s Guides; (4) Trainer’s Guides; (5) Learner’s Guides. AHA Centre also conducted a study on the ASEAN DM Occupations Map to understand the workforce and professional landscape in the disaster management sector across the countries in the region.

The Toolbox documents and the study report on ASEAN DM Occupations Map were presented to provide an overview of the documents and invite deliberations. During the discussions, the participants were active in providing their insights and comments, including on the ASCEND operationalisation in each country and the adaptability of ASCEND SOP to various national certification systems across the region. To obtain more detailed inputs to the documents, participants were requested to review and provide written feedback after the workshop. Overall, the workshop went well and provided beneficial inputs that will further improve the documents as the foundation for the upcoming implementation stage of the ASCEND Project.

Parallel with the preparation of the primary ASCEND referenced documents, the AHA Centre is also developing a microsite to host all documents, and the ASCEND certification management system that functions as the online platform for managing registration, database, and re-certification processes. These documents and systems are planned to be ready at the end of this year and will be trialled during the ASCEND trial simulation scheduled for 2022. 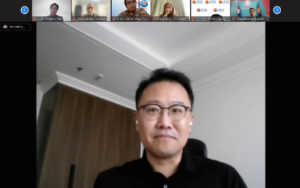 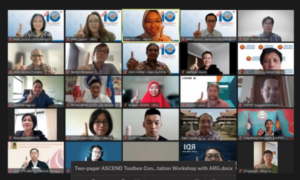 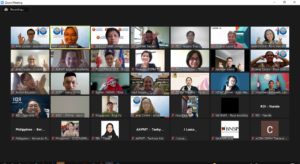 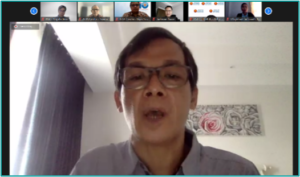 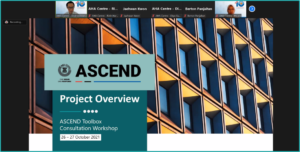