The ASEAN Coordinating Centre for Humanitarian Assistance on disaster management (AHA Centre), together with the Viet Nam Disaster Management Authority (VNDMA), successfully conducted a five-day Training for Competency Assessors in Disaster Management from 27 June to 1 July 2022 at Saigon Prince Hotel, Ho Chi Minh City, Viet Nam. This training is a part of the series of activities under the ASEAN Standards and Certification for Experts in Disaster Management (ASCEND) project, which commenced in September 2020.

Aligning with the ASCEND programme’s goal, the main objective of this training is to enhance the capacity of the ASEAN disaster management professionals by capacitating ASCEND Assessors in each ASEAN Member State (AMS) in compliance with the ASCEND Competency Standards. Moreover, this activity aims to provide the participants with the necessary knowledge, skills, and attitude that are essential in applying the duties and responsibilities of an ASCEND Assessor.

During the opening ceremony, Ms Doan Thi Tuyet Nga, the director of VNDMA emphasised that the ASCEND Programme is one of the ways to operationalise ASEAN’s vision of moving towards faster and more integrated collective responses to disasters inside and outside the region. She further said, “ASCEND is now part of Priority 5: Global Leadership of the ASEAN Agreement on Disaster Management and Emergency Response Work Programme 2021-2025, a programme that envisions ASEAN as a global leader in disaster management. The adoption of ASCEND demonstrates ASEAN’s capacity to be a knowledge resource for best practices in disaster management in the international arena.”

In addition, Mr Joo Nakdong, the director of the Planning, Coordination, and Budget Division of KNFA pointed out that the ASCEND Project, which aims to establish better disaster management capabilities by sharing knowledge and expertise among AMS and with other countries, has a great meaning to the global community and the Republic of Korea. Representing the ROK delegates, he also acknowledged the hard work of the ASCEND Project Management Team and partners in exerting tremendous efforts in achieving tangible results of the project through the implementation of ASCEND’s 2020-2023 work plan. He ended his remarks by saying, “I sincerely hope that our collective efforts to implement various projects in disaster management between ASEAN and Korea would be the stepping stone in realising our shared vision of building resilient ASEAN Community and a safer world.”

Mr Krishna Putra Tanaja, the Deputy Executive Director of the AHA Centre further specified the primary goal of the ASCEND project for 2022, stating that this year is dedicated to preparing ASEAN for the certification assessment process based on the documents and systems that the AHA Centre developed last year. He also highlighted that one of the critical points in conducting a successful assessment process is to have qualified individuals as ASCEND assessors. Therefore, he said, “This assessor’s training becomes significant since we aim to reach the same level of understanding of the ASCEND process and join our effort together to prepare for the trial simulation planned subsequently of this training.”

In preparation for this initiative, there were two ASCEND Toolbox Consultation Workshops conducted last year and one Workshop on the Training Curriculum for ASCEND Assessors conducted in April 2022. The outputs from these workshops (ASCEND toolbox and training curriculum) were utilised and put to the test during this training. Considering that this is the first activity of its kind, the organisers enjoined the participants to provide comments and inputs for improving the training.

Referring to one of the overall outputs of the ASCEND Project to produce 90 assessors, this training achieved 35% of that goal with two similar trainings planned for next year to complete the remaining 65%. Aligning with the AHA Centre value of continuous improvement, the AHA Centre took a comprehensive evaluation of the first training as a basis for improving the following trainings. Moreover, this training leads to the trial simulation this year, which aims to simulate the whole certification process following the ASCEND SOP, certification schemes, and guidelines with the same participants who attended this activity.

As the training progressed, the participants expressed their appreciation for this ASCEND initiative, but challenges and concerns about the localisation of ASCEND in each AMS were also conveyed. For one, a concern on the absence of a certification body in most AMS can delay the application of ASCEND. On a positive note, most participants demonstrated their willingness in taking the first steps towards localising ASCEND in their respective countries.

The training was attended by 32 participants from nine ASEAN Member States, the ASEAN Secretariat, and the AHA Centre. In addition, there were also six observers representing the Mission of the Republic of Korea to ASEAN, the ASEAN-Korea Project Management Team (AKPMT), and the Korean National Fire Agency. Funded by the ASEAN-ROK Cooperation Fund (AKCF), this training was also supported by the Indonesia Professional Certification Authority (BNSP), Korean National Fire Agency (KNFA), and Resilience Development Initiative (RDI). As one of the first onsite training conducted by the AHA Centre since the COVID-19 pandemic began, this activity allowed the participants to gain not only knowledge, but also relationships and personal connections that the pandemic situation has long hampered.

The ASCEND programme is an initiative of the ASEAN Member States to respond to the growing need for regionally-recognised competency standards and certification systems for disaster management professionals that can facilitate the identification and mobilisation of competent disaster managers across Southeast Asia. 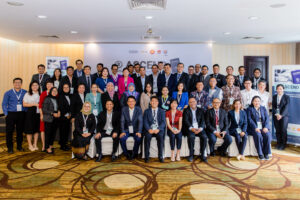 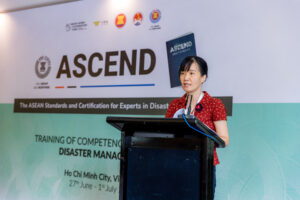 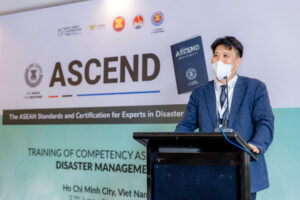 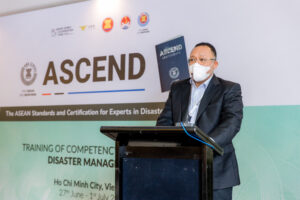 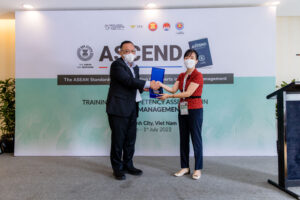 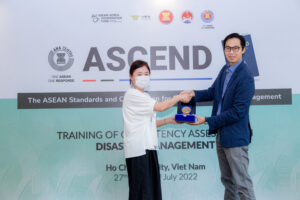 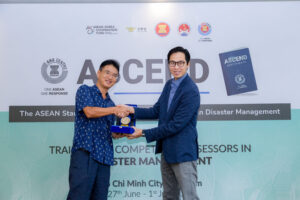 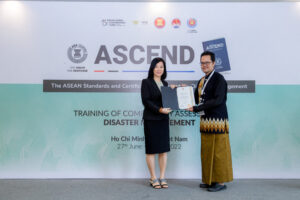 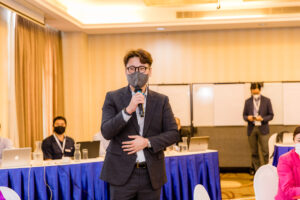 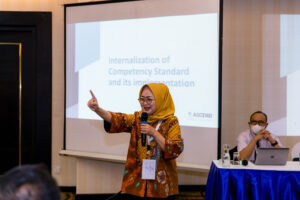 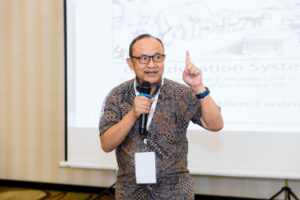 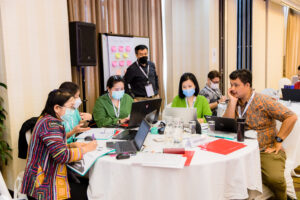 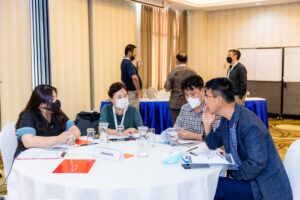 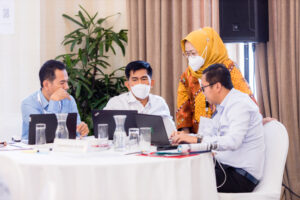 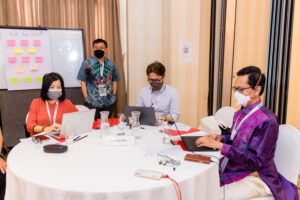 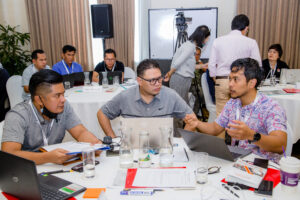 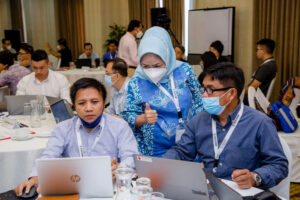 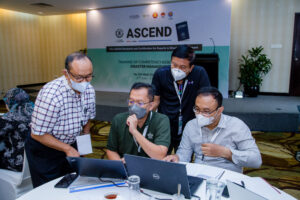 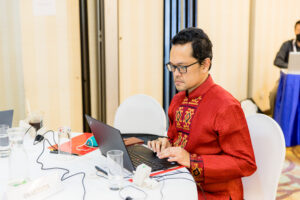 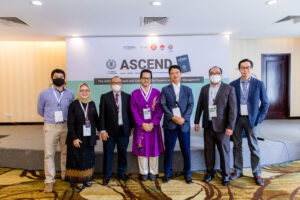 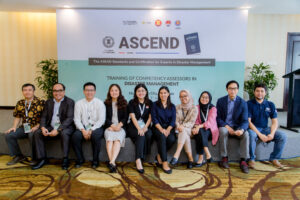